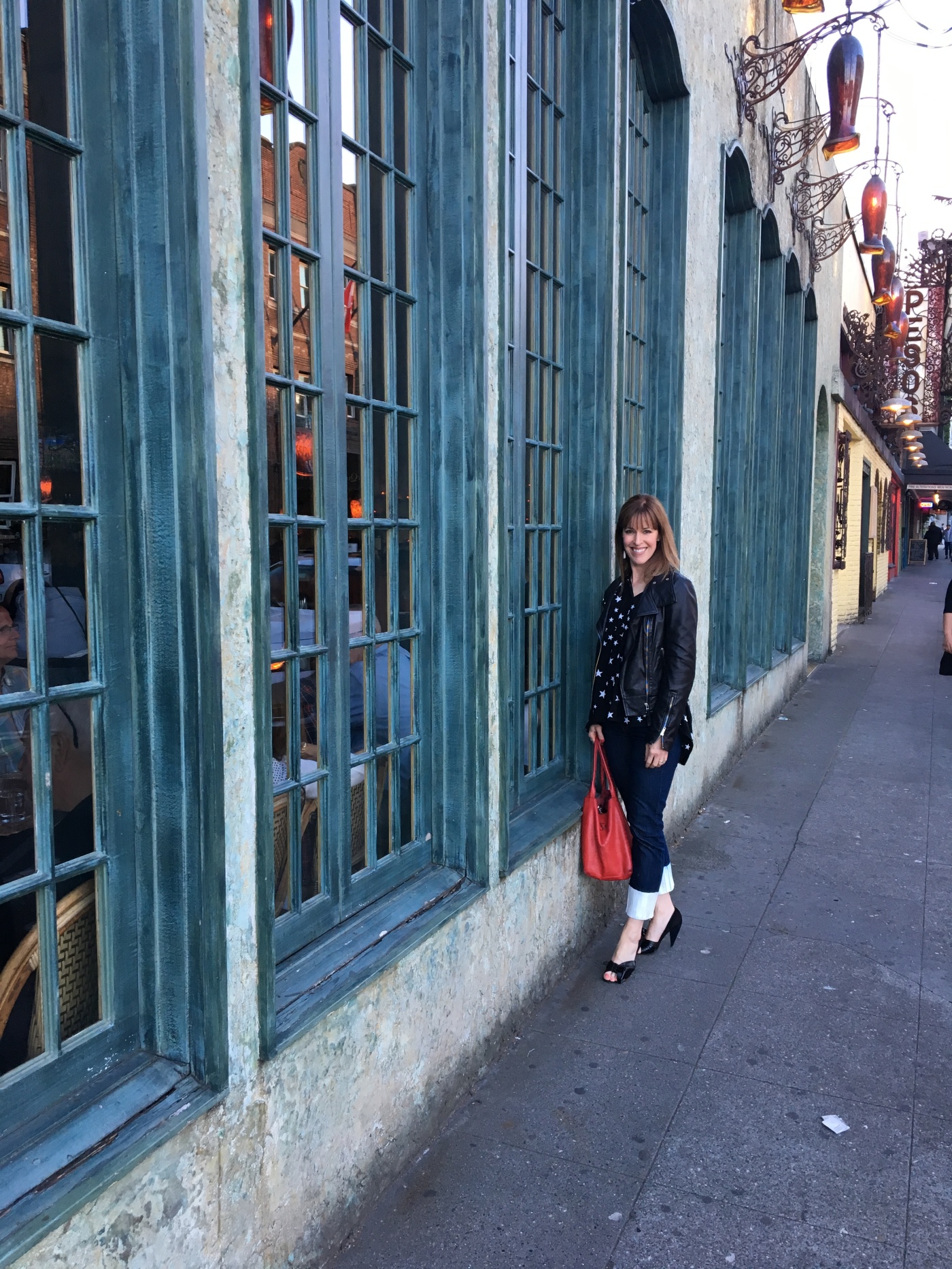 To preface, this is not a food blog, nor am I a food critic. I am not particularly picky about what I eat, nor do I like the word “critic,” so I doubt I would make a good one at any rate. However, Southern In Seattle is about my Southern experiences in the Pacific Northwest, and since starting the blog, I have discovered Southern cuisine is surprisingly abundant in Seattle.

Cycene, a newish spot in Pike Place Market, serves a variety of grits and sandwiches. It is a no-nonsense, “order at the counter” kind of spot with a few booths and bar stools inside, and several patio tables outside. I chose a patio spot and had no difficulty with my shrimp and grits (photo above). This is where you’d go when you need a grits “fix” with Market people-watching thrown in for good measure. 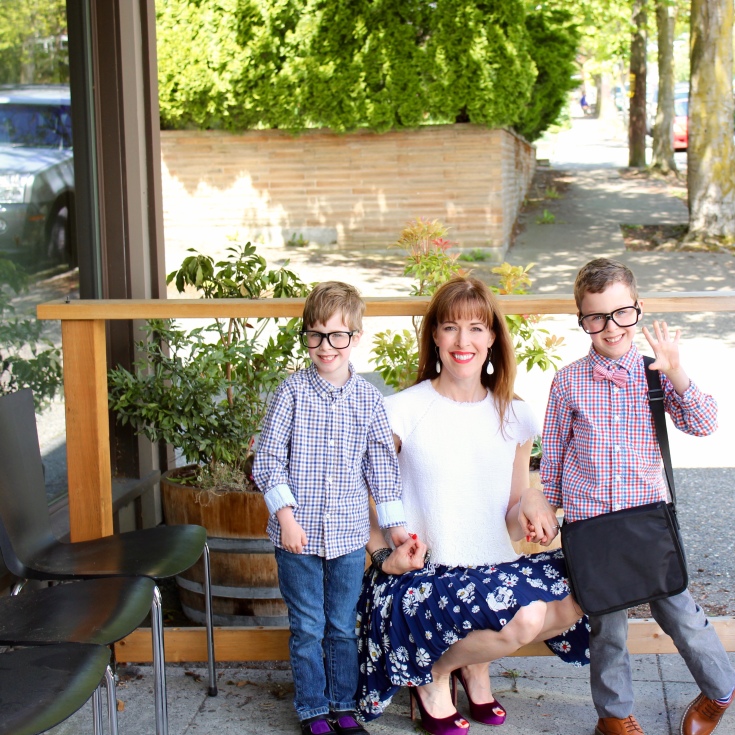 Restaurant Roux, nestled in a charming neighborhood in Fremont, is where my family took me for Mother’s Day brunch. We ordered almost everything on the menu: pancakes, bacon, beignets, brunch potatoes, fried oysters benedict, with an iced tea, a mimosa and a bloody Mary. My favorites were the beignets and the oysters.

I love the way the restaurant is designed with the bar and kitchen in the center, and the tables and booths around. Watching kitchen activity from one’s seat is built-in entertainment, though less dramatic than they lead you to believe on reality TV.

Toulouse Petit Kitchen & Lounge in lower Queen Anne looks as though it was lifted straight out of the French Quarter in New Orleans. The intricate tile work inside is astonish. We noshed on raw oysters (photo above), broiled fish, shrimp Creole, fluffy French bread with no room for dessert. It has a lively atmosphere, and as the name suggests, there is a roomy bar section with lots of seating.

Slim’s Last Chance is basically a bar with a patio large enough to accommodate small concerts. Their specialty is chili, though I enjoyed a crawfish po-boy on my first visit. On my second visit, I could not stop eating the rough-cut French fries, and I quickly devoured the brisket chili served over cheddar grits (photo above).

I heard about Jack’s BBQ, located in Seattle’s Georgetown neighborhood, long before I dined there. It claims to serve “the best central Texas barbecue in Seattle.” A friend of mine from Texas told me she nearly cried when she tasted it it was so good. The biggest downside on my visit was they were out of hush puppies. What?! No hushpuppies is a tragedy in my book. My husband did not like the fatty brisket, but a different Texas friend of mine here in Seattle told me she prefers a fatty brisket. There are a lot of Texans in Seattle, by the way! I ordered the half chicken, which was delicious, although it is difficult to mess up smoked chicken. Their sauce was too spicy for my palate, but I think overall Jack’s does a decent job with barbecue.

Circa, in West Seattle, has new owners with New Orleans roots, and I found the gumbo (photo above) to be the real deal with a dark roux and chunks of chicken and sausage, just like you’d find in The Crescent City. When Gretchen and Bill Evans took ownership of Circa in early 2016, they added a variety of New Orleans-inspired ingredients and dishes. It is comforting to know we can count on Circa for a taste of home whenever we need it.

Bringing up the rear, but certainly not least, is The Wandering Goose in Capital Hill. In fact, Goose was recently written up by Seattle Magazine as one of the best places in Seattle for Southern food. Even before I read the article, I had chosen it as my favorite. It isn’t fancy, but with food this good it need not be. The collard greens and the grits (photo below) melted my heart.

The food aside, I love the Southern touches around the restaurant, including a sign that says “Be kind, y’all.” I felt very at home there, and I look forward to returning.

While there are many other Southern food restaurants on my list, a girl must maintain her figure. Look for another food write up in the fall. Until then, mind your manners and pass the okra, please.

All photos by me.

3 thoughts on “Adventures in Eating”