Some might consider Mr. Dior a late bloomer, given he debuted his first collection on February 12, 1947 at the age of 42. But what a first collection it was, making international headlines immediately and being heralded as “The New Look.” Not everyone loved The New Look, some saying it was wasteful during a time when many were still suffering from wartime woes, and others saying the shape was too sensuous. Early criticisms aside, Christian Dior continues to inspire fashion designers today more than 72 years after his auspicious debut collection.

I had the pleasure of visiting Dior: From Paris to the World at the Dallas Museum of Art, not once but twice. The exhibit of Dior’s designs from the beginning of the fashion house to today debuted in Denver, CO at the Denver Art Museum. The Victoria & Albert Museum in London put on its own Dior retrospective earlier this year. It seems everyone has Dior on the brain.

In 1947, Mr. Dior made his first trip to America to Dallas, Texas to accept the prestigious Neiman Marcus Award for his distinguished contribution to fashion. This began a long friendship between Stanley Marcus and Mr. Dior, who allowed Dallas to host the only American show of Dior’s 1954 H line collection. 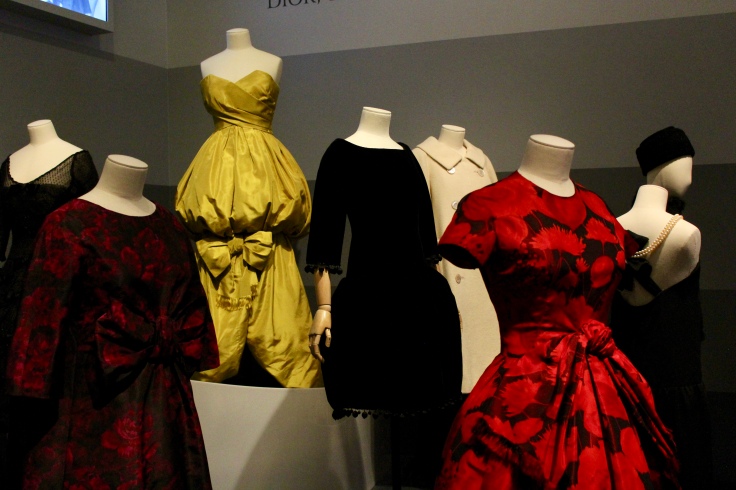 The fashion house of Dior has a history of rich talent. After Mr. Dior’s untimely passing in 1957, the young Yves Saint Laurent took the design helm from 1958 – 1960, leaving to open his own couture house in 1961.

From there, Marc Bohan assumed the reins for 29 years. During this time, he continued Dior’s classic elegance and dressed Princess Grace of Monaco and her daughters, Caroline and Stephanie. Gianfranco Ferre led the design at Dior from 1989 – 1996, shocking the fashion world that a non-French designer had been appointed.

The mercurial John Galliano gave us quite a show of epic proportions as Dior’s creative director from 1997 – 2011. The exhibit is quite heavy with his designs, no doubt for their show-stopping creativity.

After Galliano’s sudden dismissal in early 2011 following anti-Semitic remarks he made to Italian tourists in a Paris bar, Dior took a big turn when it named the “minimalist” Raf Simons as artistic designer in 2012. If you’ve not seen the documentary “Dior and I” about Mr. Simons’ debut collection for Dior, rent it. It will give you an appreciation for the artistry, talent and attention to detail that is required of a fashion house of this magnitude.

Many of my favorite pieces from the exhibit in Dallas are by Mr. Simons, whose work for Dior I would describe as deeply elegant and quietly dramatic, especially when you see one of his designs juxtaposed with one of Mr. Galliano’s. 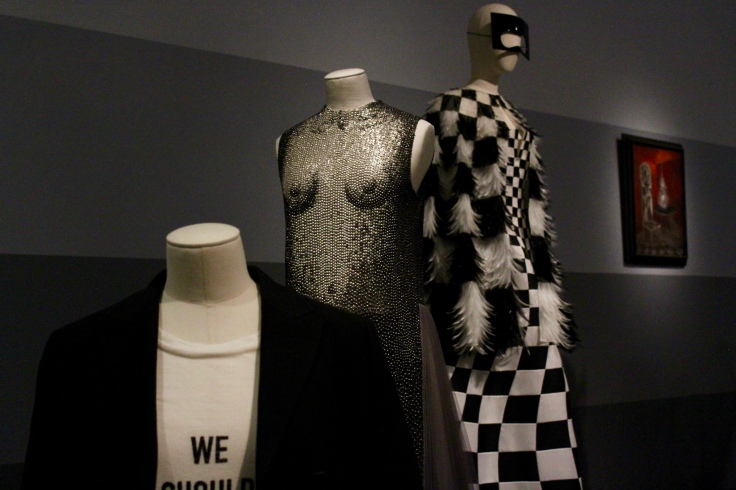 Maria Grazia Chiuri, the first woman to head the House of Dior, has been in the post since 2016. Her designs reflect an awareness of what is happening today and encourages us to take a stand in slogan tees like “We should all be feminists,” borrowed from Chimamanda Ngozi Adichie’s TedX talk.

The exhibit is on display at the DMA until October 27. It is well worth a visit (or two), even if you are only slightly interested in fashion. Spanning eight rooms, this vast display of Dior fashion will deepen your appreciation for the art of fashion design.

Enjoy the photos (all my own). 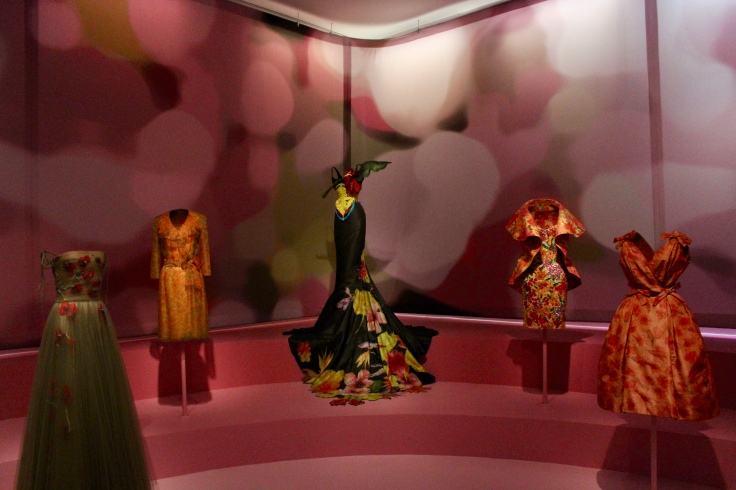 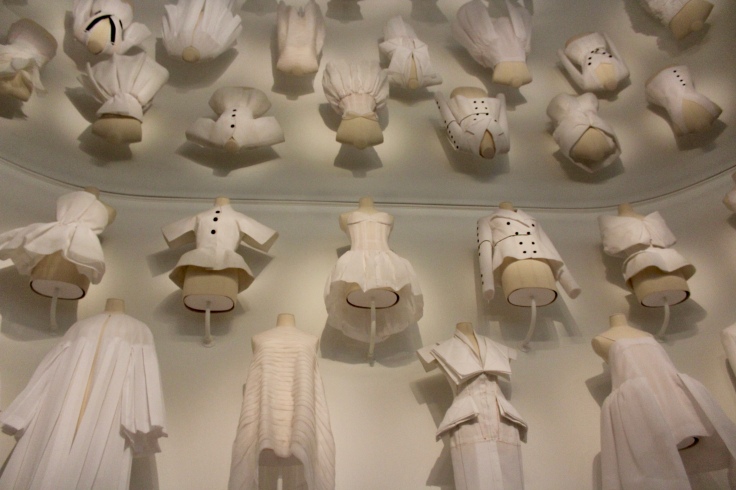 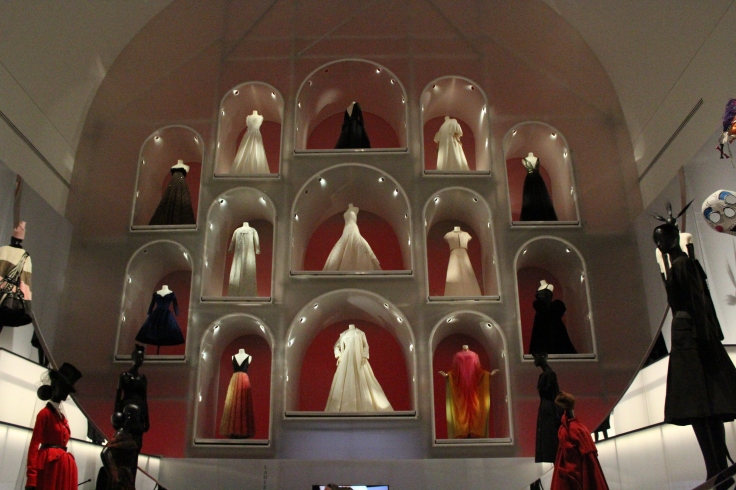 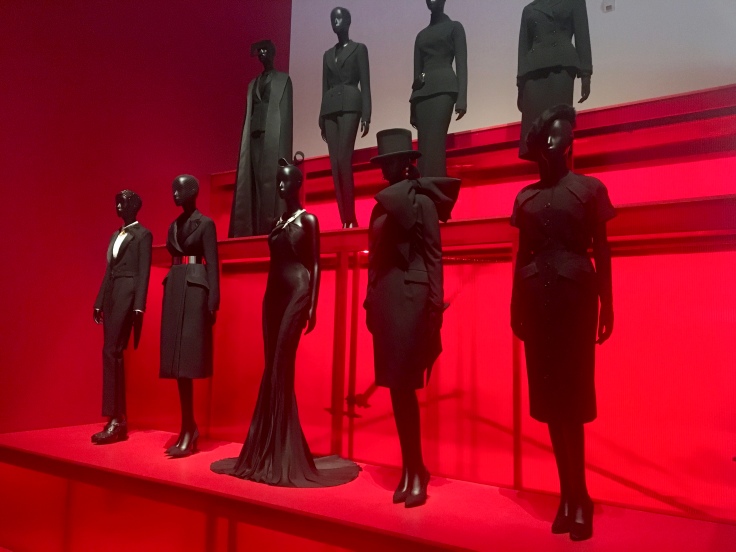 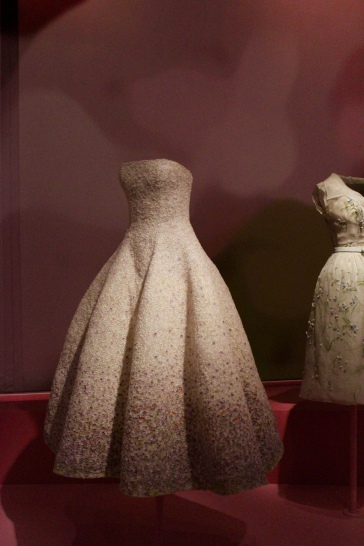 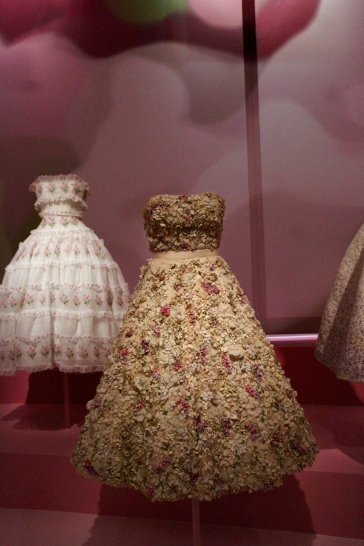 3 thoughts on “Dior: From Paris to the World”